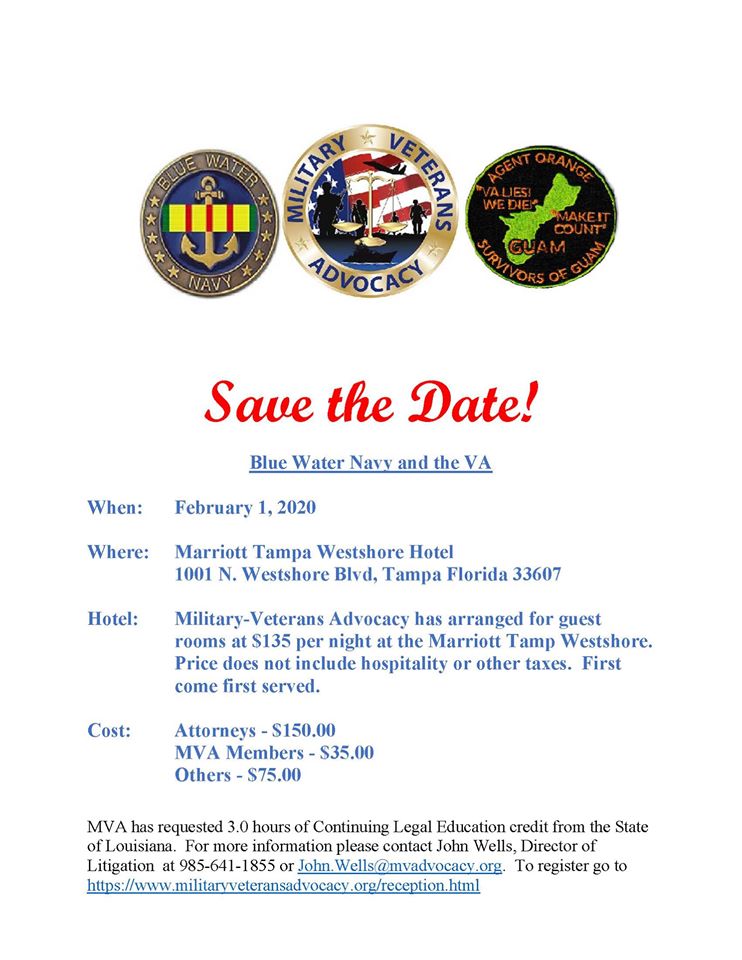 The overall objective of the program is to train attorneys and others on the Blue Water
Navy issues that will become ripe after January 1, 2020. Although currently stayed, the Court of
Appeals for the Federal Circuit has prohibited extension of the stay past January 1, 2020. The
program will explore the landmark case of Procopio v Wilkie, which extended the presumption of
herbicide exposure to those veterans who served in the territorial sea of the Republic of Vietnam.
Additionally, the program will explore the Blue Water Navy Vietnam Veterans Act of 2019
which goes into effect on January 1, 2020. The Act specifies coverage for certain geographical
areas. Legal theories to extend the presumption throughout the entire theater of combat will be
discussed as well as the role of the pro-veteran canon of statutory construction on Blue Water and
other claims. Included in the presentation will be basic navigational plotting as it applies to the
law of the sea and international treaties.

1200-1300 Lunch on your own
1300-????? Assistance With Case Preparation - First Come First Served. We
will stay as late as necessary. (0 hours of Substantive instructional
credit).

Commander John B. Wells, USN (retired) was a Navy surface warfare officer qualified as
a navigator, mechanical sub-specialist and for command at sea. CDR Wells began practicing law
upon his retirement from the Navy in 1994 and is the founding Executive Director and current
Chairman of the Board of Military-Veterans Advocacy. CDR Wells brought the case of
Procopio v. Wilkie and advocated for Congressional action on behalf of Blue Water and other
veterans. In his private practice, CDR Wells emphasizes military and veterans law. He is
admitted to the bars of the Supreme Court of the United States, the Fifth, Federal and DC Courts
of Appeal, Louisiana, Pennsylvania and the District of Columbia and many federal district court.
He is also admitted to practice before the Court of Appeals for the Armed Forces, Court of
Appeals for Veterans Claims and for practice before the Department of Veterans Affairs.